From a Child of the Aftermath 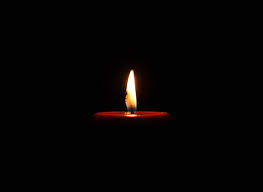 T + 1 and counting…..
It’s one week since the election of Donald Trump and I have been struggling to figure out what to do about it. I have tossed between hiding away from the world and all it’s connectivity, and wilfully diving down into the sinkhole of the global media. I have woken up each morning drowning in the darkness, and have spent each day trying to find shards of light. Nothing really works, but I do know one thing — that I have to speak out and write something, anything about all this. Not because anyone particularly cares about what I have to say, but because I am a writer and a teacher, and that is what I do.
I am a child of the aftermath. I am a 60 year old Jew, and that means I grew up in a community whose main defining impulse is paranoia. I am a 60 year old American, and to me that has always meant viewing my country through the optic of the Vietnam War and the deaths of the Kennedys and Martin Luther King which has led to a basic sense of betrayal and mistrust. I am a 60 year old woman who came to consciousness during the blossoming of Women’s Liberation to find that all these years later, despite the significant changes that have occurred, that blinding glass ceiling still exists and many, an alarmingly great many men, still need to belittle us at best, hate us at worst. And I am a 60 year old mother of a son who died thirty years ago, (or was it 30 minutes?), and that means the threat of bereavement is always sitting just behind me.
So I am a child of the aftermath of paranoia, betrayal, mistrust, belittlement, hatred and loss. Today, at T+1, I am less able to ignore all of that than ever. But, of course, I must. If anyone ever takes the time to eulogise me when I’m gone, I hope they can say that I lived my life refusing to define myself by the tragedies I have lived beyond. All of my life and work choices have been based on a, perhaps, crazy attempt to stare down the paranoia and mistrust, to find beauty and hope despite the loss.  I am struggling to see the beauty today, as I look at the shadow of hatred and extremism that seems to be growing around the White House. But I will continue to stare down the evil impulses of our species. You see, I don’t believe in the phrase “history teaches us…’ I don’t think it teaches us much, except that the worst will sometimes happen, just as the best will. Hitler will exist, but so will the Dalai Lama.
My reaction to the election has been at once, to run away and live on some remote island (oops– actually I do already, but that doesn’t seem to help). Then, I think, no — I’ll leave America altogether and work in the dirty streets of the third world on the other side of the planet (oops — I do that, too, but that also doesn’t help). But the world is too small. You really can’t hide. And I guess, actually, once I’ve gotten out of bed, had a cup of coffee and a bowl of oatmeal and sat down at my desk, I realise I don’t want to hide even if I could. If there is one saying that I can embrace right now, it’s ‘the best revenge is a life well lived.’ So, that’s what I’ll do.
There will always be something we need to survive. There will always be an aftermath. As a child of so many aftermaths, all I can do is be who I am: a writer and a teacher, and a wife and a parent and a daughter, sister, friend, neighbor, philanthropist, activist, artist, all with an open and generous heart. All I can do is continue – not in hope, but in refusal.