Writing about the Russian Mafia 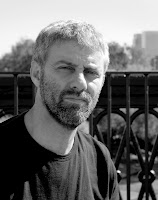 What do I have in common with the Russian mafia? Not much, thankfully, except my friend, Joe Stein, has written a brilliant new detective novel which shows that he knows enough about them for both of us. I first wrote about That Twisted Thing Called Truth here, but since then I’ve had the chance to ask Joe some pointed questions about writing this sort of book, which is a genre I love but can’t imagine being able to write, and about his own experiences that have given him the scary inside info that allowed him to write about such scary people: