I’m very pleased to be able to present another Great Conversation. This time, I’m chatting with a novelist/poet whose work I have very much grown to admire, and not only because he is a fellow Ward Wood writer.
Colin Bell is a very talented man with a fascinating background, and I know his new novel, Stephen Dearsley’s Summer of Love, will be a huge hit. 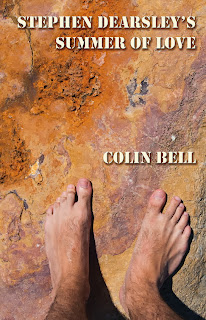 Me: Thanks, Colin. And best of luck with your first novel. I’m sure there will be plenty more bubbling up from where that one came. But in the meanwhile, I’m really looking forward to getting into the head and heart of Stephen Dearsley!

———
Stephen Dearsley’s Summer of Love can be ordered via Ward Wood as above, or through Amazon here, the Book Depository here, or via good bookshops throughout the UK.