Huh? What Did They Say? 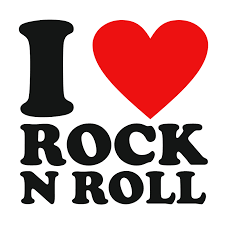 There’s a lot of serious stuff going on these days and, to be honest, I’m in the need for a bit of fun. Plus, it’s the middle of August, and here on my island home that means the height of the summer season with all of its excesses and silliness. So, what should I write about today?
How about one of my great lifelong passions? Rock n roll. More than any other season, summer throws me into a rock n roll mood. Blame it on the Beach Boys. I listen to it more than ever during this time of year, on the radio (so to speak), in the car, on the Victrola (how many of you out there know what that was?). But all this listening inevitably leads to singing which inevitably leads to the favourite pastime of playing the game which we call, ‘Huh? What did they say?’
Misunderstood song lyrics seem to be one of the keystones to the foundation of my life, and I do believe I’m not alone in this:

Okay. I’m sure the rest of you out there have millions of these. I’d love to hear them. And maybe next time we can talk about band names.